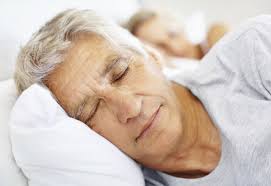 “Laugh and the world laughs with you, snore and you sleep alone,” British novelist Anthony Burgess reportedly said. Who hasn’t either been robbed of a night of peaceful sleep or been banished to another room because of snoring?

It is one of the most common sleep problems, at least occasionally affecting about 90 million Americans, according to the National Sleep Foundation. And while the subject of jokes, snoring can indicate a serious medical problem.

Why Snoring Increases As We Age

What’s more, snoring often worsens as we get older.  There are several reasons for that, says Dr. Raj Dasgupta, a sleep specialist and an assistant professor of clinical medicine at the Keck School of Medicine at the University of Southern California:

When Is It More Than Snoring?