To the Old Man in the Neighborhood: So Long, See You Next Year 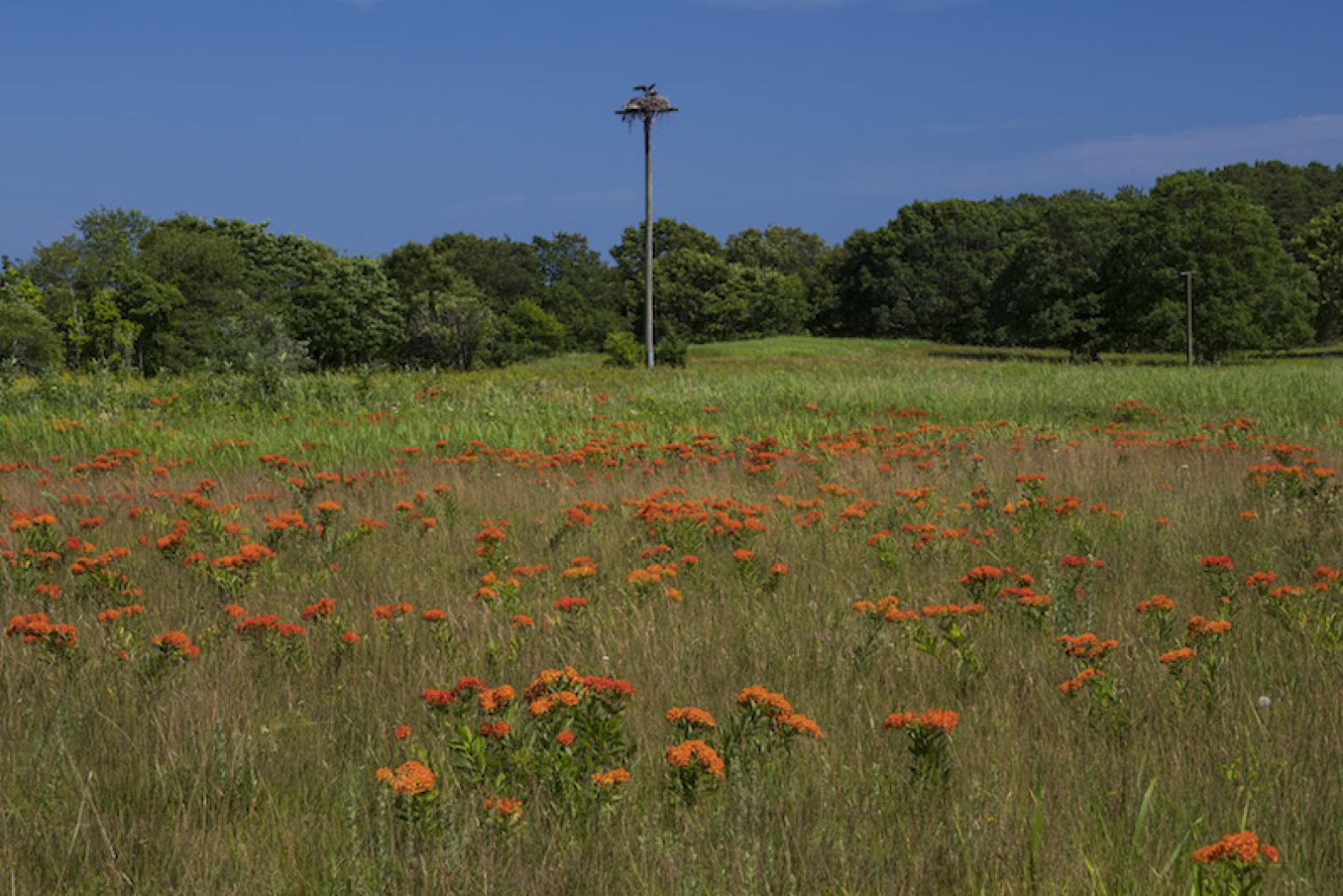 At 0832 last Monday morning, the entire family of Harthaven ospreys took flight. The male, who I call Old Man, sat in the tree to the west of my property overlooking Farm Pond, his normal perch from which he and I watch the sunset together most evenings. The female bird took her perch in a large pine tree to the east. Both were very vocal in their encouragement of — by my count — their four offspring swirling in the wind over the pond and my neighborhood. Then they disappeared. I wanted to see more of them so I called Liz Dengenis of the Massachusetts Audubon Society at Felix Neck.

She told me that osprey like to roam when they are first learning to fly. “So it’s hard to tell where they’re going to go. But they will return to the nest for the next couple of weeks,” she assured me.
She also said four osprey fledglings is a really good number, usually the best that a pair can do.
“The Martha’s Vineyard ospreys are prospering,” Liz said. “This year has been the fourth best year for fledglings since 1972. There are about 222 adult ospreys and we are still counting chicks and there are about 97 active pairs and 14 housekeepers, ” she said.

Mom will go south to her own nest in a few weeks and dad will stay around a few weeks more to enjoy the sunsets with me and then go south alone. Both will go to their own separate nests. The chicks will be the last to leave, sometime in September.

The chicks will stay south for two years. When they return they will make their own nests and not have babies for the first year. These are what Liz calls housekeepers. Old Man and his mate are, as Liz poetically put it, “loyal to the nest” and they will return to their Harthaven home next year. Old Man will come first and set up the nest, with mom usually due to arrive two weeks later. Click here to continue reading.
Posted by Senior GO TO Guide